War in Ukraine: what impact on Tech jobs?

Ukraine is a supplier of IT talent

Ubisoft, Renault, L’Oréal, Capgemini, Valéo… There are hundreds of French companies using IT resources based in Ukraine. The country is one of the world’s offshore IT strongholds. According to software publisher Daxx, Ukraine has 200,000 IT developers. About 20% of Fortune 500 companies have set up their development teams there. 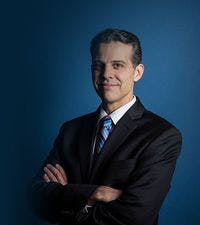 ” What characterizes this workforce is that it has a natural fiber for R&D. She knows how to “feel” technologies. There are excellent profiles, especially among developers and IT architects, at prices much cheaper than in Russia », explains Éric O’Neill, president of One Conseil.

But also cheaper than in France, around 30%. However, it is not only this cost that companies seek, but the quality of professionals. ” If Ubisoft has bought studios in Ukraine, it’s because there are very creative profiles”, illustrates Corinne Fernandez, partner in the headhunting firm Progress Associés.

Ukrainians still in office despite the war

Despite the geopolitical situation and the invasion of their country, the Tech profiles whose developers are showing incredible resilience: they are still in office and continue to work remotely, despite power cuts, Internet cuts but also Russian bombings. According to the IT Ukraine association, 85% of Tech professionals were continuing their normal activity one month after the start of the war. Only 2% left to fight.

The government considered that Ukrainian developers participated in the enrichment of Ukraine by selling high value-added services internationally. He therefore did not call them to join the army.

An “immunity” confirmed by Corinne Fernandez, who specifies that ” 80 to 90% of Tech profiles based in kyiv – closest to the war – are currently in post ». While the Ukrainian currency is falling, the government is counting on its computer engineers, who mainly invoice their customers in euros, to ensure cash flow.

A new distribution of IT pools

Faced with the aggravation of the conflict, French companies accustomed to “offshoring” their IT talents are organizing themselves. On the one hand to put their teams in safety. ” This is the case of Ubisoft, which offered its Tech teams to take refuge in Poland or Romania. », indicates Corinne Fernandez. On the other hand to anticipate the loss of their Ukrainian productive forces which, at any time, may find themselves unable to honor their missions and thus ensure the continuity of the activity, at all costs. 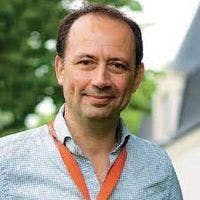 “We are already seeing withdrawals from companies. For our part, we are moving more towards Vietnam, Mexico, Moldova, where the environment is more stable.

An opinion shared by Eric O’Neill. ” Companies anticipate the hardening of the Ukrainian conflict and turn to Romania, Bulgaria and Slovakia, where the quality of resources is good and the prices attractive “. For now, offshoring is still popular in IT. In terms of employment, the conflict in Ukraine will mainly impact the distribution of global resources in terms of computer know-how, at least for the duration of the conflict.

Can the Ukrainians fill the French shortage? 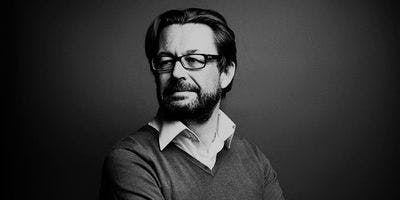 In France, where the shortage of Tech profiles is already significant, the impacts of the Ukrainian conflict are not yet felt. ” The Ukrainian conflict adds an additional difficulty. But for now, it is not possible to measure it “, explains Jacques Froissant, director of the recruitment firm Altaïde.

Could Ukrainian resources relocate to France and partially fill the gap in Tech profiles? ” It’s a possibility. If the conflict is long-lasting, they will have to scatter in neighboring countries including France, where there is a lack of between 100,000 and 200,000 developers. “, he says.

This influx – if it takes place – will however not last long: it is assumed that the Ukrainians will want to return to their country when the political situation has stabilized. The United States could, for its part, find itself more quickly impacted. “The possible non-renewal of residence and work authorizations for Russian developers, who are in high demand in the United States, could create immense turmoil on the global Tech market”, warns Frédéric Lasnier.

For Corinne Fernandez, recruiters in the Tech sector have an interest in responding favorably to the requirements of French developers, on the one hand to attract them to their teams. ” CDIs do not make them all dream. What they are looking for is flexibility in their work, to be able to work from where they want, sometimes even abroad. On the other hand to minimize the use of offshore. “Before the pandemic and the war, several French regions, including Hauts de France and Bourgogne, had proposed – with mixed success – attractive tax measures for tech companies. Since the generalization of telework, these measures can accompany our young engineers to leave for medium-sized towns where life is good and where we can find better accommodation than in the Paris region. It is a good tool to respond to the general aspiration of the younger generations and to make us more resilient economically.”

What is a good weakness to say in an interview?

8 positions that can bring in 10,000 euros per month (and which are recruiting!)

Interview with Pauline Vessely, sociologist, on conviviality in business

They have converted and it works!

Six jobs with an impact against the scourge of obesity

8 positions that can bring in 10,000 euros per month (and which are recruiting!)