Face to face with 52 bosses

Face to face with 52 bosses 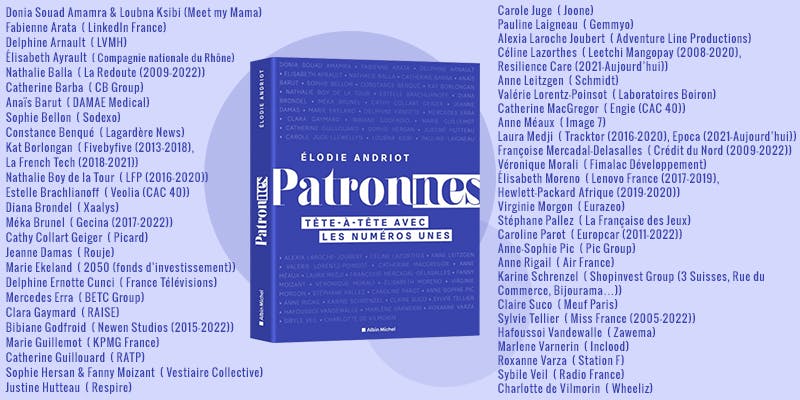 The numbers speak for themselves. Women represent 52% of the French population and there are only 3 women leaders of the CAC 40. In the SBF 120, only 18 have reached the highest position. And we could go on like this for a long time. To make their voices heard, Elodie Andriot gives the floor to 52 leaders, self-taught or graduates, known or not, mothers or childless. In his book “Patronesses. face to face with the number ones” (Albin Michel, 2022), the author provides a user manual on their rise. All without language of wood. 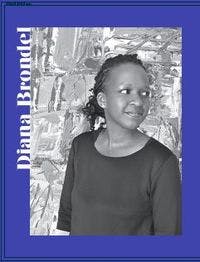 And yet, I was summoned several times by the various HR departments of the group for which I worked. They were like, “She’s freaking out. I don’t know if it’s because I’m a woman, but I had the impression that my superiors saw it as a betrayal. Mind-blowing! One of them said to me: “No one has ever abandoned me. When in fact I was just going to realize myself. The caterpillar became a butterfly.

Extract from the testimony (p82-87) of Diana Brondel, creator of the Fintech Xaalys

Here is how the boss of Sodexo, one of the 52 who testified, evokes the book on social networks:

ADP’s new People at Work 2022: The Workforce View study finds that ethical and cultural considerations of a job matter more to employees than pay considerations. In fact, 83% of workers aged 18-24 would consider changing company in the event of wage inequality between women and men. Similarly, 77% of them could quit their job if they faced a lack of diversity and inclusion within their company. How many will actually take the plunge? The survey does not mention it.

In 2020, women receive on average a gross direct retirement pension (excluding survivor’s pension) of only €1,159 per month, while it is €1,931 for men! That is a difference of 40% compared to men. Admittedly, we have made progress since in 2004, the gap was 50%. The gap has actually shrunk by 20% in 16 years. To fill this abyssal gap, during a symposium on “Women’s retirement”, Sapiendo proposes (among other things) a sharing of retirement points within couples in order to restore a certain balance in favor of those who consent to a reduction in activity in the interest of the household. “It is common to share immediate income so why not share deferred income, attached to retirement? suggests Valérie Batigne, founder and director of Sapiendo Retraite.

Olympic Games 2024: in the footsteps of revolutionary women

the course of the Paris 2024 Olympic Games marathon is inspired by the Women’s March on Versailles during the French Revolution of 1789 (see print below). At the time, the capital lacked bread. To cry famine and anger to Louis XVI, thousands of women left the Hôtel de Ville in Paris to march on Versailles. 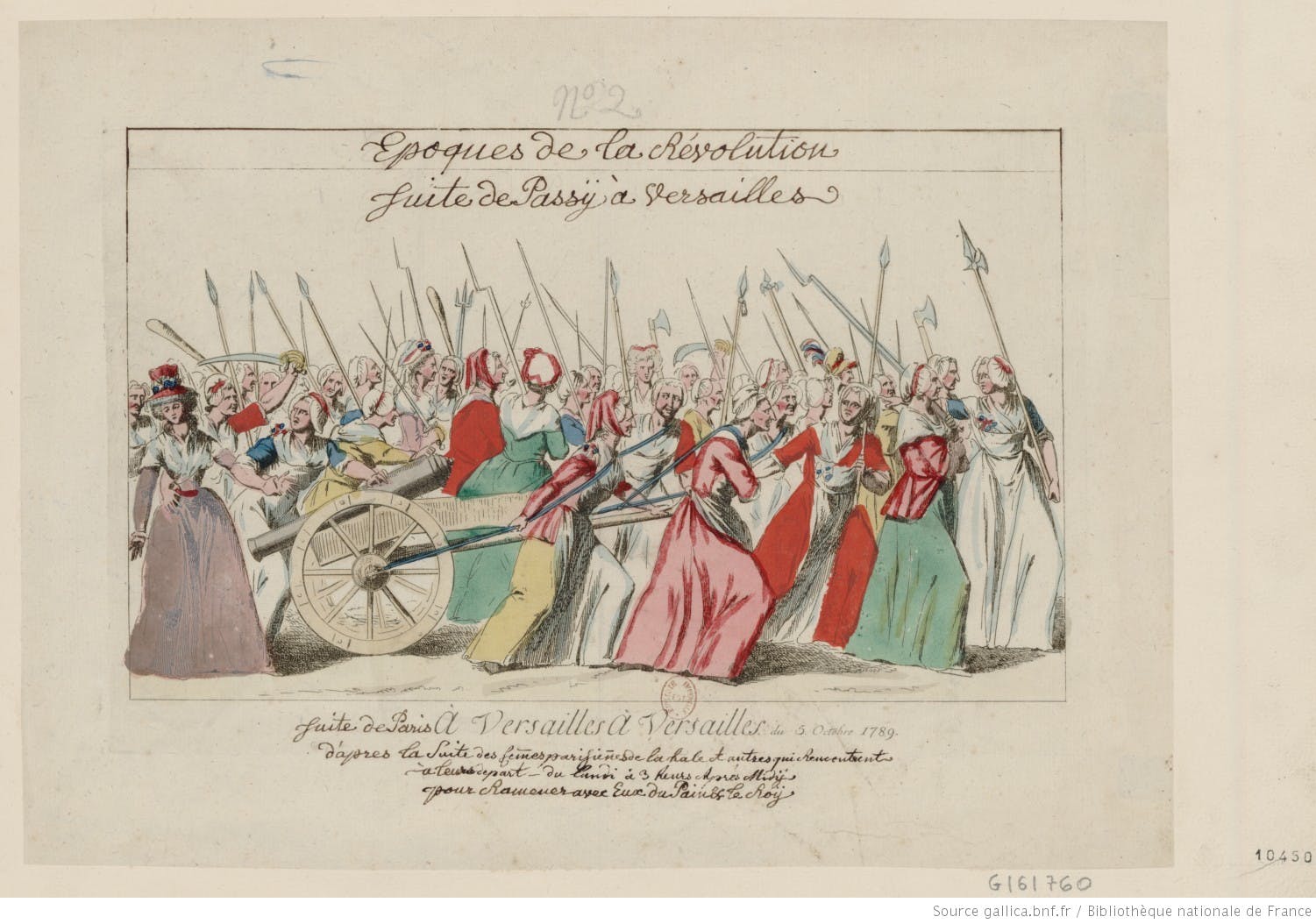 This women’s march of 1789 represents a double symbolism. It is a symbol of the French Revolution, an important stage in this founding history of contemporary France. It is also a very strong moment in the history of women, it is one of the first times when women come together as women to demonstrate.

See you in August 2024 on the course of the win in short!

The big distro has its Women’s forum

A more gender equal future! This is the mantra of LEAD Network, which brings together the gratin of the women and men of mass distribution and which held its annual convention on October 13 and 14.

Couple in expatriation, can they make a career together?

After following her expatriate husband to India, Armelle Perben, a polyglot with a degree in international trade, cannot find a job and notices above all that her husband’s box is absent on the subject of the job search for the following spouse. the blessed expat. She invests this niche in terms of business and has just published a book on the subject: “Managing the dual career of expatriate couples”. For businesses, but not only, it paints a portrait of these new expat spouses. It identifies their professional and personal expectations and the actions that companies would do well to put in place to respond to the management of expatriate couples. To read before flying to new horizons!

Companies, which attract and retain high-potential candidates, have integrated the management of the dual career of expatriate couples into their HR policy.
What are the expectations of these spouses?

Ahead of the European Disabled Employment Week (SEEPH from 14 to 20 November 2002), the Dare Women collective sets the scene (disastrous) for the situation of women with disabilities with 4 edifying figures:

“Gender fatigue”, a shameful pretext in favor of non-mixing

On October 21, Marie Eloy, the very dynamic president of the network move your box (among others), published a column in Les Echos entitled “Pas de place pour la “gender fatigue”. We learn with astonishment that a certain number of companies would cease their efforts in favor of gender equality for fear of being accused of positive discrimination and of giving rise to “gender fatigue”. No, you’re not dreaming. Gender issues, who exactly does it tire?

Do not panic, if you missed the 21st conference of the Cercle InterElles on the theme “Health, governance, artificial intelligence: what place for women?” », the proceedings are available online. 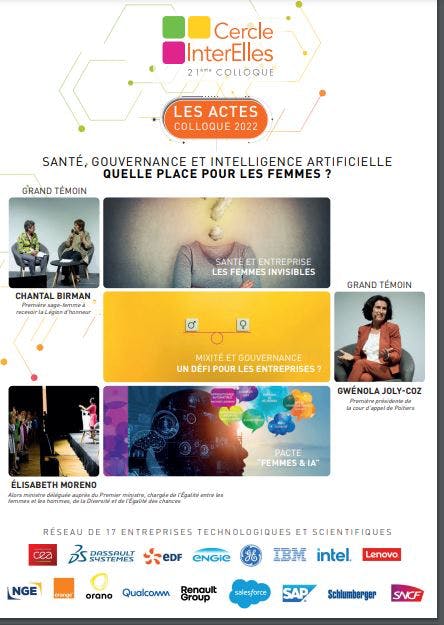 Any info to share in this HAPPY PARITY section?

Send it to this address [email protected] and a journalist will contact you. Thank you all!

Towards a record level of executive recruitment in 2022 despite the war, the energy crisis and inflation

Interview with Pauline Vessely, sociologist, on conviviality in business

They have converted and it works!

Six jobs with an impact against the scourge of obesity

Towards a record level of executive recruitment in 2022 despite the war, the energy crisis and inflation